By Aaron Kirby
Geoff Perera again stood tall for Kwinana’s 2nd Grade side as 4th Grade and One-Day Cs struggled to make an impact.
2nd Grade entered the final game of the season against Kelmscott sitting in seventh position on the table.
After losing the toss, Kwinana was asked to bat.
The change of openers made an immediate impact as Paul Silchinger drove the first ball through the covers on his way to 38.
However, the change didn’t prevent an early wicket.
The ship was steadied with regular partnerships, but the innings was on a knifes edge at 4-54 before Perera took control.
Perera and Qaisar Mewati (19) put on 41, pushing toward the 100 mark.
Kwinana continued to frustrate Kelmscott’s bowlers with consistent partnerships.
Perera showed his intent by launching a six down the ground as he began to accelerate.
He was eventually caught in the covers for 64, but not before pushing Kwinana past 150.
Adrian Woolons provided entertainment to end the day as he hit 14 runs from four balls before being the last wicket to fall as Kwinana posted 167.
Kwinana will take plenty of confidence into day two with a strong bowling unit.
One-Day Cs had a tough day after sending Kardinya Lakes into bat.
Scott Benjamin (4-33) made the perfect start having Kardinya Lakes 1-4.
Kwinana found the going harder after that despite claiming two quick wickets in the 60s.
Kardinya Lakes kept wickets in hand and attacked the back end of the innings to finish 7-206.
Benjamin was again the stand out with the bat making 46, but early wickets hamstrung the innings.
Kwinana was able to see out their overs but finished well short on 8-102.
4th Grade’s batting woes continued in a nightmare day against Thornlie at Thornlie Oval.
Kwinana had some confidence after a close encounter earlier in the year but was let down by their batting.
Thornlie asked Kwinana to bat first and made short work of the innings as Kwinana was dismissed for 35.
Thornlie then set about attacking a demoralised Kwinana outfit.
Opener Neil Mullally bludgeoned 153n.o as Thornlie declared at the end of the day on 3-248. 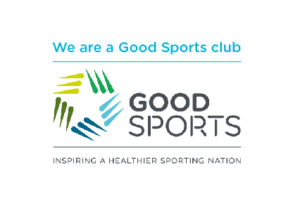