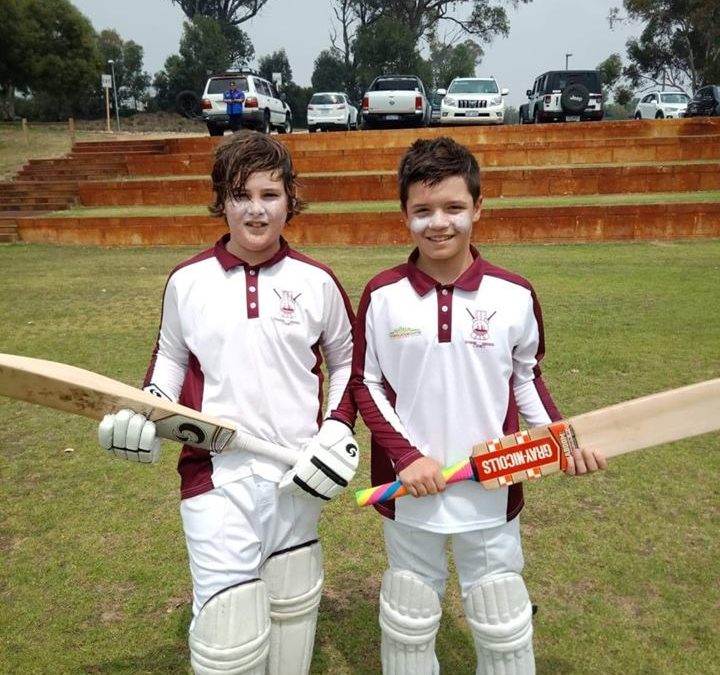 Under 12s young gun, Tyler Crudeli set the tone for the weekend making a record-breaking 119n.o. to record the first U12s hundred for Kwinana and the Peel Association.

4th Grade put in the best performance for the seniors after being sent into bat by Riverton-Rostrata in their first home game in six weeks.

They made the worst possible start and found themselves in trouble at 8-76 before Jon Cribbs (58), and Dion Cole-Parkhill (29n.o) rescued the innings making sure Kwinana finished the innings on a respectable total of 148.

2nd grade fielded first in their match against Riverton-Rostrata at Riverton Reserve.

Kwinana started well having the score at 4-58, but late-order partnerships pushed the total to 180 leaving Kwinana with a tricky run chase on day two.

One-Day Bs had a tough day against Piara Waters despite taking a wicket off the first bowl of the match after being put into the field.

Kwinana never got going with the bat being bowled out for 90.

One-Day Gs played a home game against Piara Waters and had similar struggles in the field.

Kwinana started the run chase well thanks to openers David Abbott (28) and Blake Newton (30), but a middle order collapse of 4-5 saw Kwinana falter and fall short bowled out for 151.