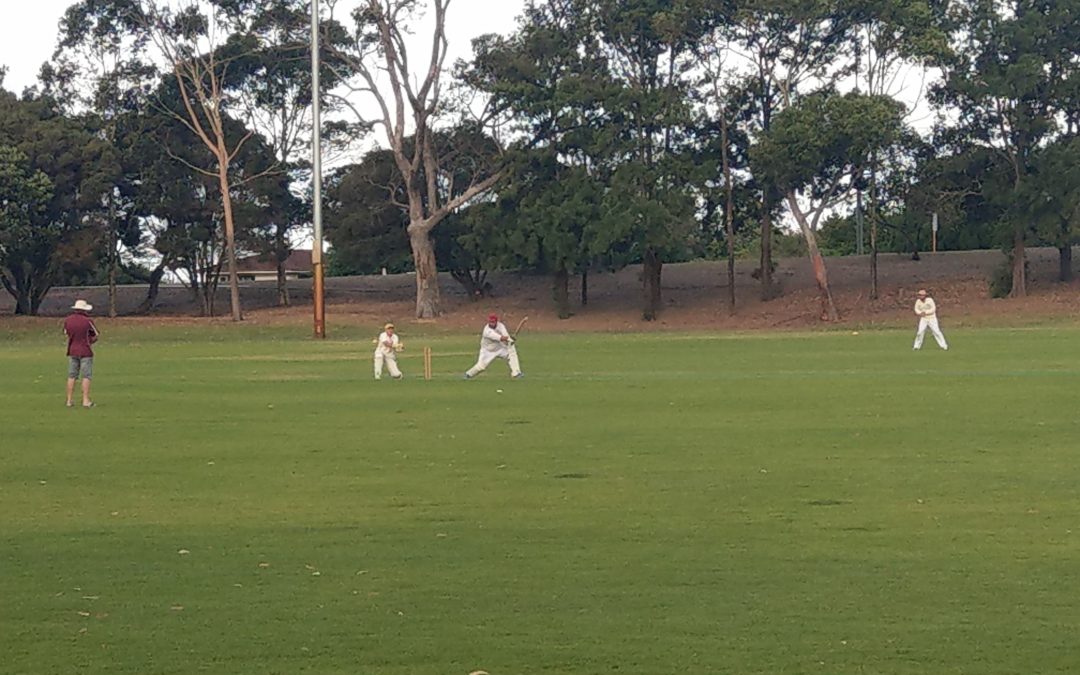 By Aaron Kirby
Dallas Eparaima has led Kwinana’s One-Day Cs side to victory with a sensational century in a close affair.
Eparaima belted nine fours and five sixes against Kardinya Lakes as his 106 enabled Kwinana to chase down 183 in the final over.
Earlier in the day, Kwinana’s bowlers made a tough start before taking 3-15 toward the back end to restrict the total to 182.
The batting innings did not start well at 3-22, but Eparaima looked in control from the moment he walked to the crease.
Steve Atkinson (24) stuck with Eparaima in a 109 run partnership before Eparaima saw Kwinana to victory.
They ended the innings on 5-184.
4th Grade put up a competitive total against Riverton-Rostrata but couldn’t quite get it done in the field.
Kwinana batted first and lost both openers early before David Stewart (19) and a flamboyant Vishal Patel (40) steadied.
Another clump of wickets restricted the innings as Kwinana pushed their way to 8-153.
Andrew Gibbs was outstanding with the ball taking 1-9 from eight overs.
Unfortunately, wides hurt the rest of Kwinana’s bowlers as they struggled to keep the pressure on.
Kwinana pushed the outcome to the final five overs, but Riverton-Rostrata cruised passed the score and finished the match on 3-179.
2nd Grade’s bowlers also found the going tough as they travelled to take on Riverton-Rostrata.
Kwinana was asked to bowl first and struggled to find consistency.
Geoff Perera chimed in with 2-20 late, but the damage had been done upfront as Riverton-Rostrata posted 7-240.
Early wickets hurt the run chase as Perara led the way with 42.
Kwinana battled throughout the innings and found themselves at 7-174 at the close of play sitting inside the top four by three points.
One-Day H made a great start with the bowl but collapsed with the bat.
Rod Cribbs claimed 3-21 as Kwinana restricted Cockburn to 133.
Cribbs also top-scored with the bat making 19 as Kwinana were bowled out for 63.